Nicole is engaged to Benji’s twin brother Joel, and was stunned when she was voted one of the most powerful black women on Twitter in a website poll. Nicole, who has African American, Caucasian and Mexican heritage, took 23rd place on the list, and Benji chose to see Nicole’s title as a new way to meet women.

Shortly after she announced the news on the social networking site, Benji took to his account to beg her to set him up with some of the other women on the list.

“Now that ur 1of the 100most powerful Black Women on twitter can U get me a date w/ @Ciara or @Nickiminaj i’m over bein single (sic),” Benji wrote.

Joel was also impressed with his fiancée’s achievement. He joked that he had been aware of Nicole’s “power” for a long time as she controls his life.

“My one and only @nicolerichie is named one of the 100 most powerful black women on twitter. My life is like twitter. She runs it (sic),” he wrote.

Joel and Nicole have two children together.

rick ross says that ‘monster’ made him a nicki minaj believer 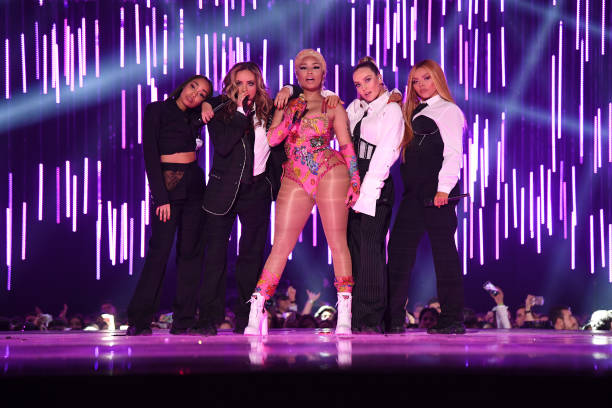